Broadband 'can be an engine for economic growth in Europe' 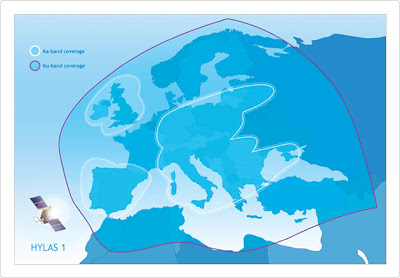 The Mobile World Congress (MWC) 2012 took place in Barcelona from 27 February to 1 March with the participation of global leaders in the world of telecommunications.
The event coincided with the decisions on roaming and data roaming charges in the European Parliament, considerations of the future investment in internet technologies and debates on the Anti-counterfeiting Trade Agreement (ACTA), each with its own policy ramifications on the telecoms industry.

Despite the positive global trends linking broadband technology to GDP growth, speakers at the MWC pointed out that Europe remains the only continent where telecommunications business is running at a loss. The European Commission has dedicated €9.2 billion to co-finance transition from copper to fibre-based cable telecoms and internet networks in October 2011.
Indonesian Telecoms Minister Tifatul Sembiring stressed at the broadband forum organised by leading global information and communications technology solutions provider Huawei that growth in broadband was central to economic growth of 6.5% that the country experienced in the past year.

The importance of the broadband internet as an engine for the economic growth was pointed out by Huawei Vice Director Richard Brennan who told New Europe that the technology could improve various aspects of life, including education, healthcare and the way businesses operate.
One of the creative solutions presented at the eve of MWC is improvement in machine-to-machine (M2M) technologies presented by Huawei that allow both wireless and wired systems to communicate with other devices, providing an interface for consumers and developers to implement ideas and services as applications on the cloud rather without unnecessary worries about the infrastructure set-up and maintenance.

The future IPv6 technology, championed by Huawei, would allow for every appliance to be connected to the network, fetch data from it and report its position and other information. Application of such technology in healthcare could provide timely and accurate treatment while lowering costs.
Many companies around the globe already benefited from using Huawei's cloud technologies, but creation of a wider open-access data network, based on the fibre broadband which would serve as a backhaul available to users, could provide a boost to invention-based economy and creative businesses.
The World Bank estimates that a 10% increase in broadband penetration can potentially translate into 1.3% GDP growth, with comparative studies in countries which committed to national broadband commitments confirming this trend.